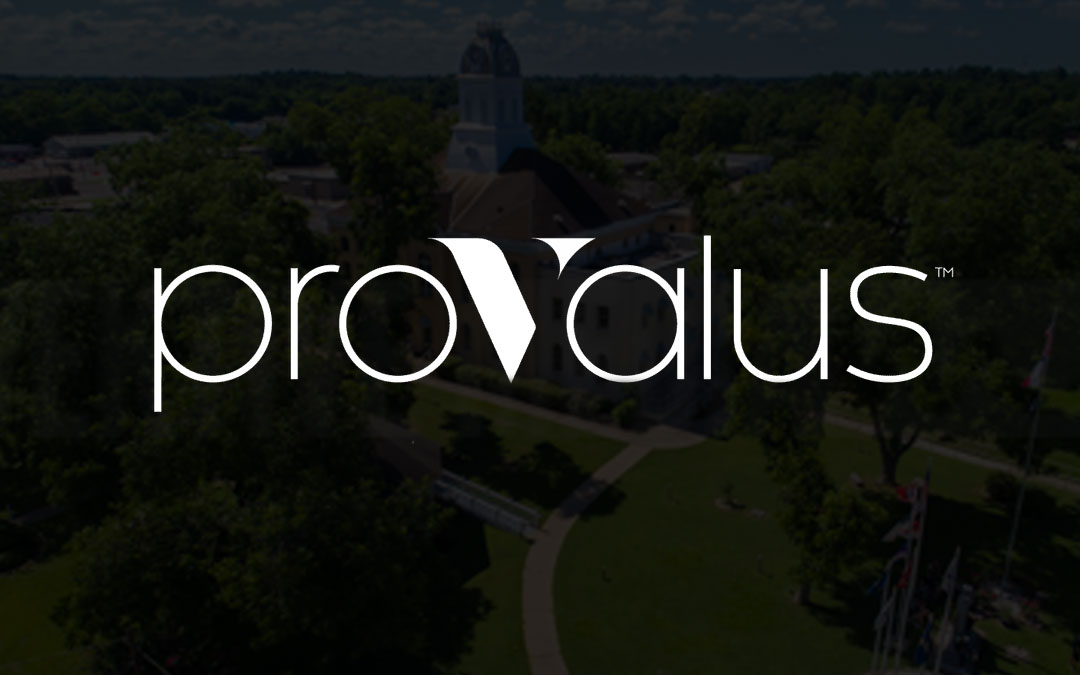 At a small dinner gathering, when we learned from Provalus officials they were choosing our town as their first Texas base, president, Chuck Ruggiero, said they had known since the first visit they wanted to be in Jasper. He told us that from the beginning they could feel the spirit of enthusiasm and cooperation and love between our citizens, our communities, as well as our different government entities. This was indeed a celebratory event; Jasper badly needed a company like Provalus, and they needed us in order to continue their stated mission of rebuilding rural America.

Jasper is like other small East Texas towns that are outside the economic reach of a large metropolitan area. Industries that once drove our local economies provide only a small fraction of the jobs they did before. That’s why most towns like ours have some sort of ongoing economic development effort constantly looking for solutions that will provide sustainable growth for our lagging economy.

Provalus first contacted our City Manager, Denise Kelley, in late August of 2018 and told her their research found Jasper, among 240 other Texas towns, to be a possible fit for the company’s Texas expansion plans. Mrs. Kelley promptly turned this inquiry over to Eddie Hopkins, the executive director of the Jasper Economic Development Corporation. Mr. Hopkins immediately left a voice mail for Provalus and was surprised when they called him back just as quickly. That was the beginning of what was to be Jasper’s historic endeavor to beat out those other Texas towns for the promise of two hundred good jobs and a giant boost for our downtown revitalization project.

JEDCO began researching Provalus, wondering whether they were a “real and going concern”.  We found that not only were they “real” but that in 2017 they had started their inaugural operation in Brewton, Alabama.  A description of Brewton could just as easily describe Jasper – former big timber town with a similar population size and relatively close to the Gulf of Mexico.

We are reclaiming the American Dream for our children, our families, our communities.  reads the mission statement of Provalus.  Further, from their statement of values: Provalus is building a valuable source of homegrown talent who share our strong work ethic and the dream of American prosperity… By developing teams that outperform offshore alternatives, we are rejuvenating communities.

Provalus, a service company in the technology sector, is a business that would not have been in the sights of most rural economic developers.  Learning about Provalus and sharing the information around town, excitement and enthusiasm spread quickly throughout Jasper.  The idea behind Provalus was “outside the box” thinking for our communities who had been working hard to attract the manufacturing and industrial concerns to provide much-needed jobs and revenue for our economy.

Studying Provalus and their Brewton start-up, we figured it would require a huge commitment, both philosophical and financial, to come out on top.  In Alabama, monies from the state, a five-county economic development alliance and the city of Brewton were needed in order to offer incentives that could compete with towns in neighboring states – Mississippi and Tennessee.  Alabama Governor Kay Ivey was personally involved in supporting the effort for Brewton to come out on top.  Eddie Hopkins and his staff, with the wholehearted support of the JEDCO board of directors, wasted little time in gathering representatives from our state and local government offices as well as community leaders together to win this new business for Jasper.

Representatives from the state including our representative, James White, Jasper County, the City of Jasper, Jasper ISD and JEDCO met to map out a strategy for bringing Provalus to Jasper.  What became apparent was that any assistance from the state government was not going to put us on top. Anything the state could offer Jasper would be available to the other cities – as they were all in Texas.  The only incentives that could put us ahead must come from the local level.

In November Provalus made their first visit to Jasper.  Mr. Ruggerio came to a reception attended by community leaders and dignitaries including JEDCO’s board members, Jasper’s mayor, Gary Gatlin, city councilpersons, Rep. White, Jasper County Commissioners Court, representatives from US and State Senators’ offices.  Also attending – the JISD superintendent, several pastors, and many community-minded citizens. There was a phenomenal show of support from all segments of our community!

Following this reception, JEDCO’s board president, Dan Walker led a meeting with Mr. Ruggerio, the mayor, city manager, and JEDCO.  Out of this meeting came two important facts that were key to success in landing Provalus:

The first challenge resulted in a first-ever simultaneous meeting between JEDCO’s board of directors and the Jasper City Council. The outcome of this historic meeting was a partnership to be called Jasper United – both entities were committed to bringing this company to Jasper. Provalus would require a clean modern building and the costs would be high!  We also knew that a competing city already owned a building that would suit Provalus’ needs perfectly.

The second challenge would be more difficult, and more in Provalus’ court than Jasper’s.  The story of James Byrd’s tragic death was an anomaly that could have happened anywhere, but unfortunately, happened in Jasper.  It has been twenty years of healing since this community came together and provided swift, fitting justice to the perpetrators.  Mr. Ruggerio and members of his board realized that it would require companies like theirs choosing Jasper for their home to really help remove this stigma.

In December Ruggerio asked Jasper United for a letter of intent outlining every incentive we could offer to suit their needs and persuade them to choose Jasper. Our LOI promised: a building made-to-suit; temporary space; executive housing; housing for designated employees. The offer was patterned after what Alabama and Brewton had offered them. The difference is that this bill was being footed only by Jasper United, the partnership of the City of Jasper and JEDCO.  Today the estimate to fulfill this LOI is just over $2 million.

Provalus chose a building located on our courthouse square where there is an existing plan for downtown revitalization. Restoring this building, upgrading its infrastructure and adding a second story was perfect for getting the revitalization plan into high gear.  Entrepreneurs from restaurants, coffee shop owners, housing developers, and shipping centers have shown interest in getting in on the exciting action taking place now. Provalus will have 40 new employees by the end of May, working in their temporary space waiting to occupy what will soon be a downtown showpiece. The modern building will house up to 200 employees.

Bringing Provalus to Jasper required our communities working together and, great sacrifice and commitment from Jasper United. Seeing the unprecedented way our various communities came together, working towards the same goal was nothing short of historic. It is not just for the promise of jobs but it’s the prestige of having a large nationwide technology service company, Provalus, call their home Jasper, Texas.