From the Tyler County Booster

From the Tyler County Booster 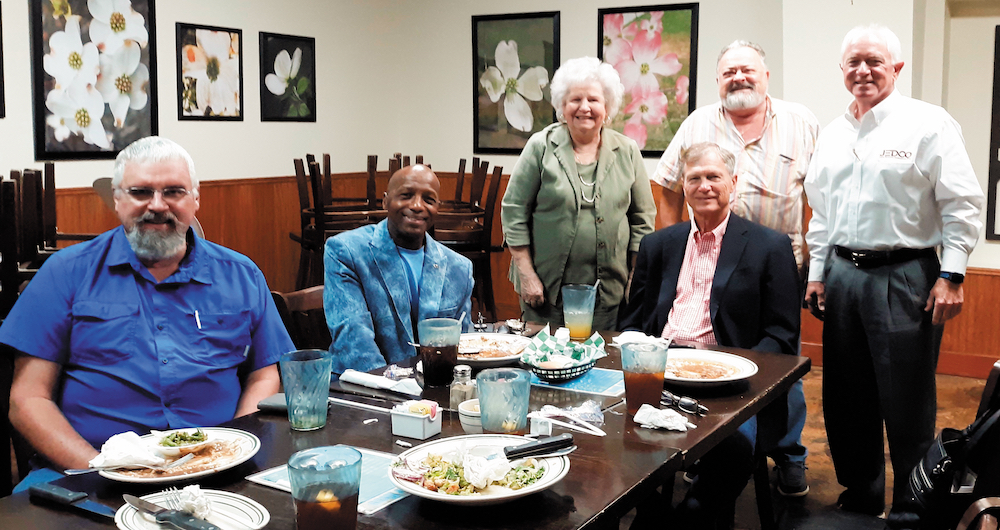 Former Woodville Mayor Jimmie Cooley and Texas Rep. James White were visiting Abbott at his mansion in Austin, and Abbott expressed to Cooley an interest in coming to East Texas. Cooley said she would have to “check with her boys.”

Abbott deferred to his scheduler who set a date with Cooley and White, then Covid-19 surged again, and that forced a rescheduling.

They discussed options and will be working on a date with Abbott’s office to come to Jasper in the near future. Hopkins said, “We need more partnership with each other for the betterment and growth of East Texas.”

Babin said, “Great to think regional. We need to meet together more often.”

The meeting of economic shakers in East Texas also discussed the new sawmill coming to Jasper County, timber and logging in the area, the redistricting of Texas, the I-14 highway that will go through Woodville and Jasper, Mobile Oil Credit Union in Woodville, and much more.

They also discussed the Alabama-Coushatta Tribe U.S. H.B. 759, and the need to get U.S. Senators John Cornyn and Ted Cruz to support that bill. It will, if passed, clarify gaming laws and allow the tribe to continue to operate its gaming facility, Naskila Gaming.